Beethoven, Schubert and Brahms in their full glory, but in much more detail and clarity than their orchestral originals! Fantastic! But how?

The Intercontinental Ensemble is one like no other. Ernst Spyckerelle – now also part of our team here at TRPTK – is not just the first violinist of the ensemble, but also their arranger-in-residence. This means that they’re gifted with a never-ending supply of good compositions and arrangements. 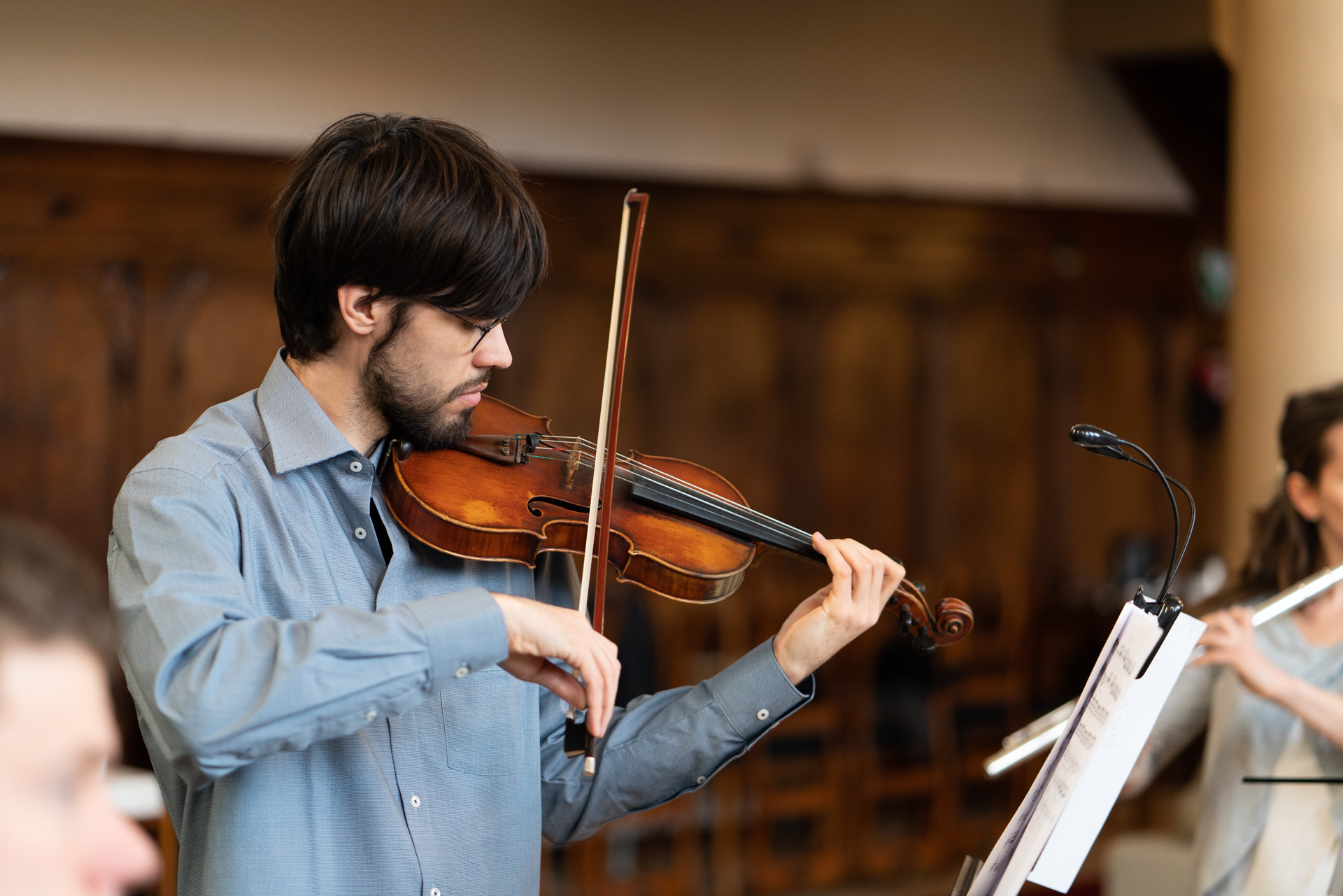 For their debut album Traveling Light, they chose two big symphonic works (Beethoven’s 2nd Symphony and Schubert’s “unfinished” 8th), and, as proverbial cherry on top of the already beautiful cake, an encore in the form of Brahms’ Poco allegretto from his 3rd Symphony. What an programme! The result of Ernst’s arrangements are very true to their original, only making some small changes in the combination of first and second violin. This has to do with the fact that he doesn’t just arrange everything for the ensemble, he also plays first and second violin!

However, there is one caveat to any arrangement of symphonic music for a one-to-a-part ensemble, which is the overall balance between instruments. Simply put, an orchestra has less celli than they have violins, and in part even less double basses. The Intercontinental Ensemble has one of each, as well as one flute, oboe, bassoon, and clarinet. This means that acoustically, there will always be some sort of imbalance between the players. But of course, this is where the power of recording comes in!

Perfectly balanced, as all things should be

There was only one location that came to mind when Ernst and his ensemble asked me to record these works, and that was of course the beautiful Lutheran Church of Haarlem, the Netherlands. This entirely wooden church, where we also recorded The Invisible Link as well as Remgewogen, sounds almost like a studio, in the sense that it’s never too harsh or loud. There’s always a certain pleasantness to the sound, especially in the lush reverb of the hall. Nothing too big or too small either. 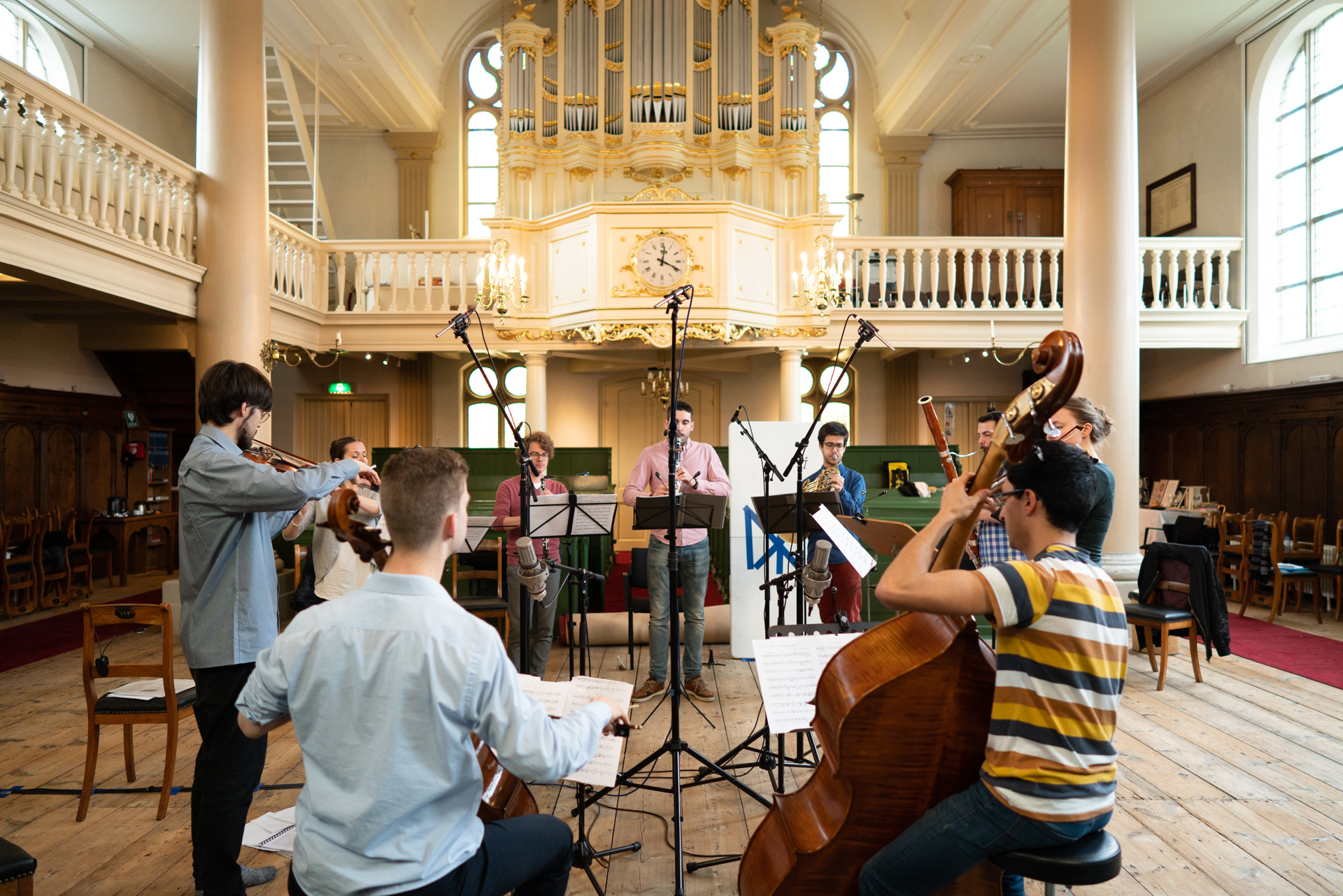 The members of the Intercontinental Ensemble around the microphones.

However, finding a microphone setup that worked well for the entire ensemble as well as the individual instruments proved to be a little bit more difficult. We eventually came to a circular setup, with everybody sat (or stood) around the main microphones, only adding spot mics where necessary. The balance between the separate instruments was simply made by just stepping back or forth a little.

Because of this, the musicians and their front man, were able to make a balance together, and were more in control of the end result. This resulted in a lot of great takes where they could themselves highlight a certain instrument that had a solo part or anything that needed a bit more attention to it.

For the equipment, we simply chose our standard main microphone setup comprised of the Sonodore RCM-401 60V active powered omnidirectional microphones. This was then aided by the beautifully warm and lush Braumer VM-1 tube microphones on the cello and double bass. The woodwinds were supported by Neumann KM-104 cardioid microphones, modified by Rens Heijnis to have a 60V active power supply as well. 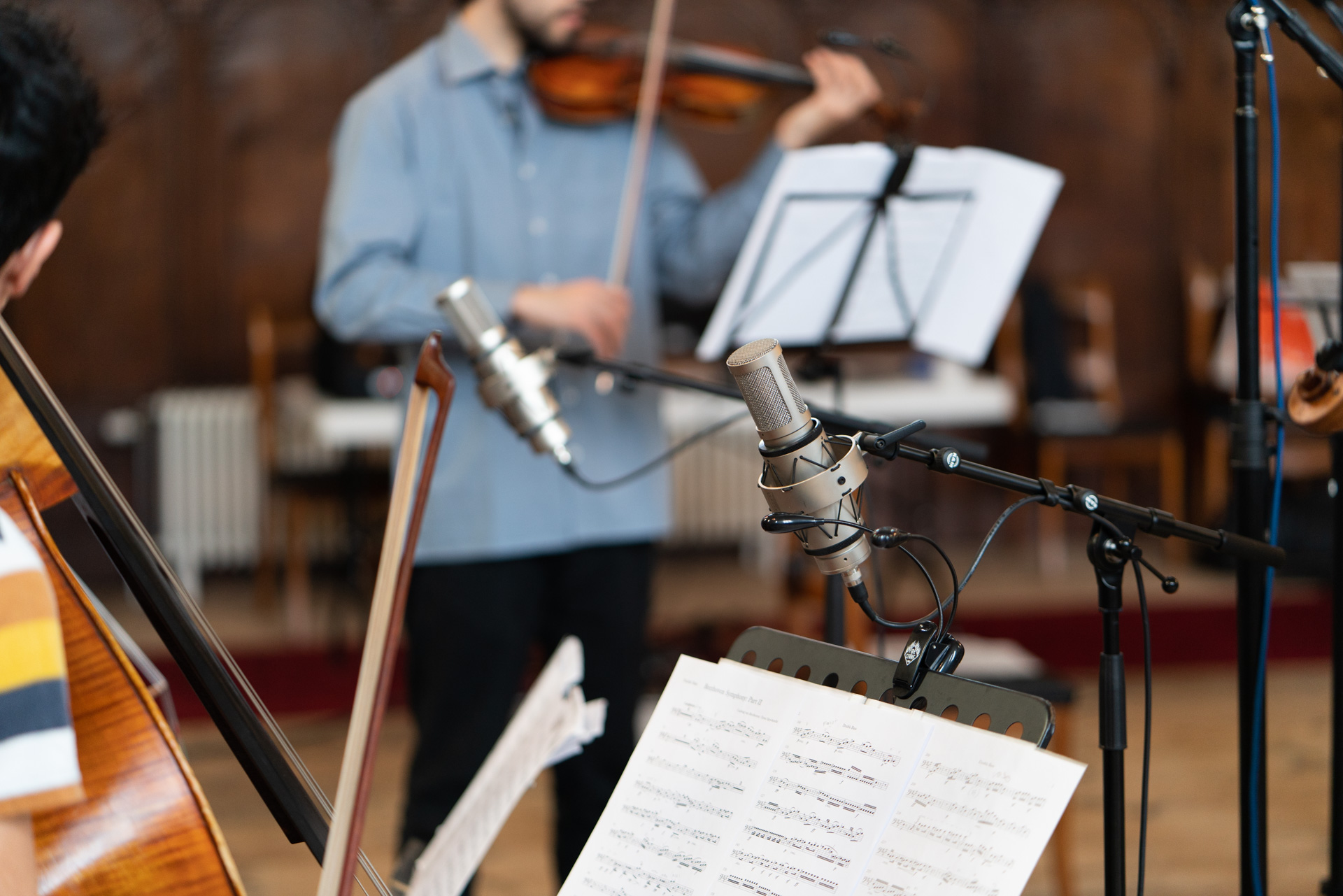 The Brauner VM-1 Tube Microphones on cello and double bass.

All microphones were connected to their power supplies with our new Furutech custom microphone cables, and thanks to their Empire power cables, every piece of equipment used these days were fed perfect power. Great stuff! 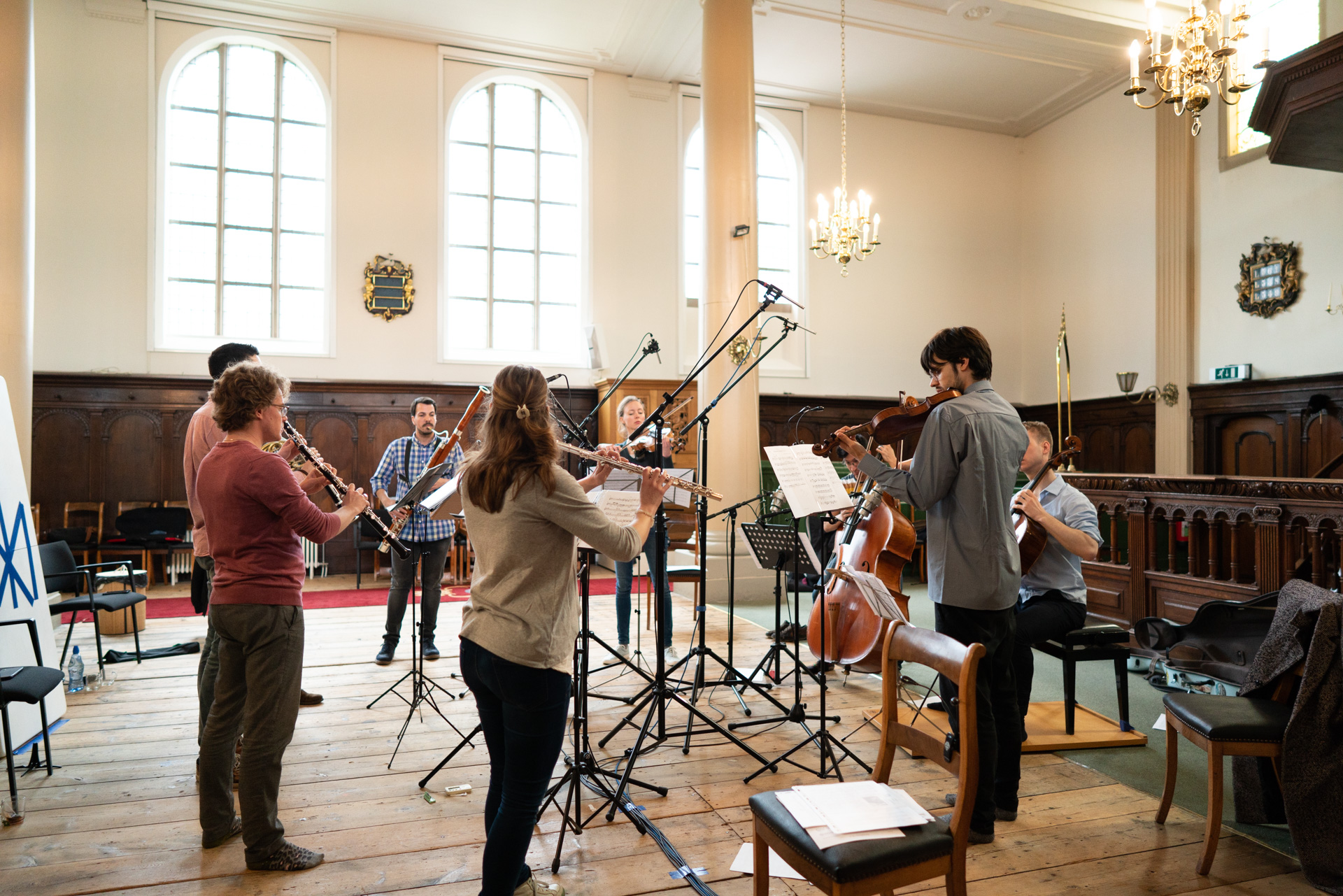 By just varying the distance of the musicians from the microphones, we were able to dynamically change the balance of the final mix.