“I want the album to sound like it’s not 7 violins, but more like a hundred.” That’s what Maxim Shalygin told me before we started the recording. So how to make it sound like there’s a hundred violins playing at the same time? Well, to be fair, that has to do more with the brilliant composition Maxim wrote than the recording I made.

You see, this piece is unlike any other I’ve ever heard. It’s got absolutely huge contrasts, going from one extreme to the next. From soft, whispering noise-like sounds, to piercing, almost screeching dissonant layers. So how do you record such a piece?

… you need the right musicians for the job. The music is by no means easily playable, it requires utmost concentration and excellent technique. Luckily, Maxim is the founder of the Shapeshift Ensemble, a flexible contemporary music group, which in this case was comprised of seven of the greatest and most talented violinists in the Netherlands. 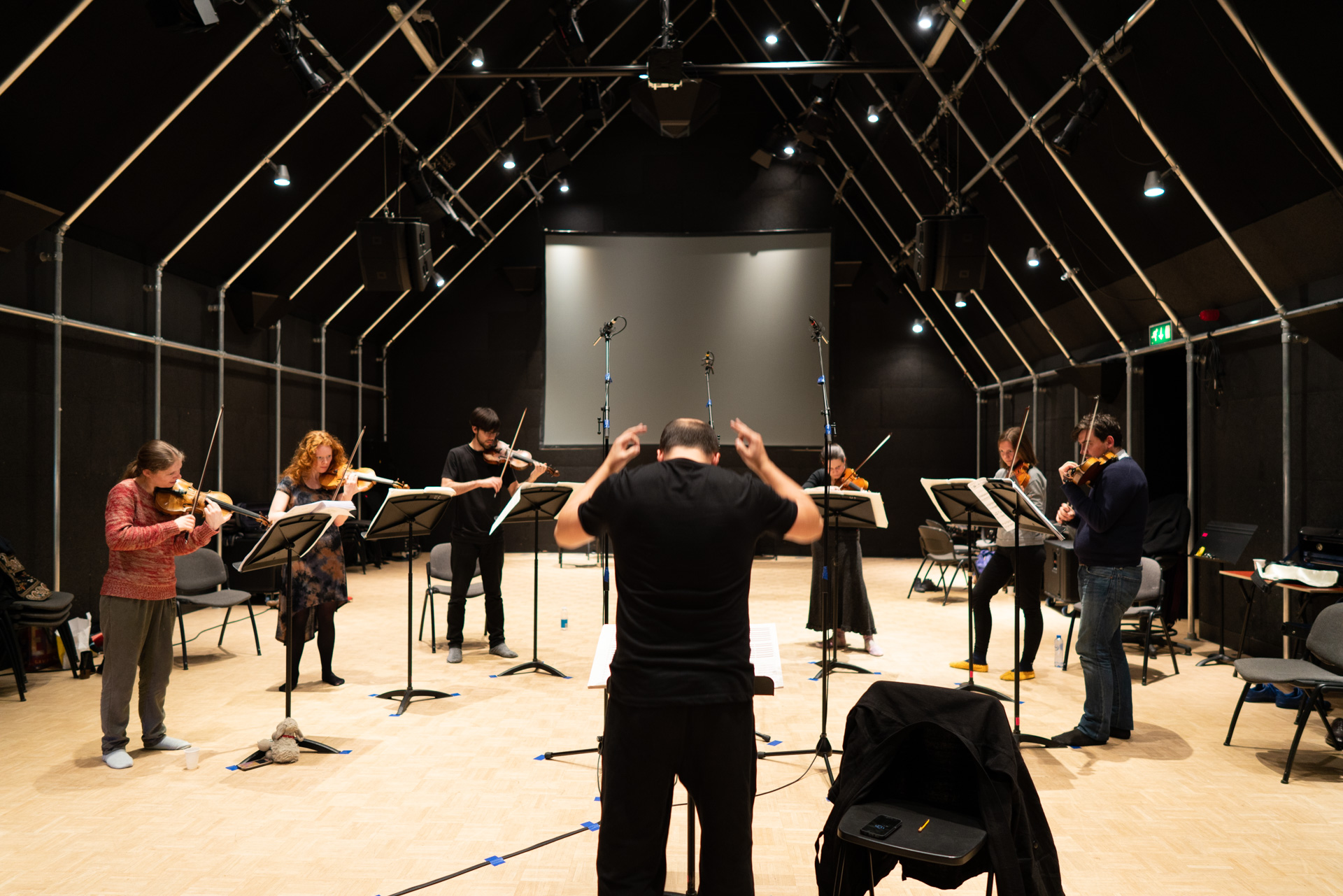 With just the right musicians, however, you’re still not there. Someone has to be the glue that holds everything together, binding the ensemble to the music that’s written. And here’s where Maxim’s other talent comes in: as the composer himself too, he understands the music better than anyone while conducting.

… you need a good space to record in. We chose to record at Muziekhuis Utrecht because the acoustics there are very, very dry. Why dry, you may ask? Very simply put, we wanted to maintain a tight grip on every aspect of the sound during this recording. We therefore chose to record in a dryer room than we usually would, and add a reverb on top of it that I recorded earlier, using the same microphones in a different space.

The result of that is that you basically separate the direct sound, with all its control and contrasts, from the lush, diffuse reverb of a larger hall. We usually never do this, but for this specific album, it was the only way of keeping things perfectly within control and giving you the experience the way it was meant to be.

We therefore chose to use the Sonodore RCM-401 60V active-powered omnidirectional microphones. They have an extremely natural sound to them; an almost holographic realness.