Almost exactly two months ago, we found ourselves in at the start of a lockdown due to a world-wide pandemic. As the world shut down, the culture industry went with it. Concerts, recording sessions, rehearsals, everything got cancelled to try and ward this virus up from picking up steam, to flatten the curve as it were. To break the deafening silence, violinist Merel Vercammen and cellist Maya Fridman set out to find beauty in these difficult times, and to record pieces by Vasks, Oene van Geel, and Bach, and also improvise a bit.

For a program that revolves around Pēteris Vasks’s Castillo interior, a piece with both vast stillness as well as pure, raw emotion, no recording location would be better chosen than the 12th-century Nicolaïkerk (St. Nicolas’ Church) in our hometown of Utrecht. Both Merel and Maya reside in this old city dating all the way back to the seventh century, and TRPTK has had its studio in Utrecht since 2017. The Nicolaïkerk is a relatively large church with a reverberation time of about 5.5-6.0 seconds, making the recording even more special – as though the walls of the church sing back to the musicians, breaking the silence that befell us two months ago. 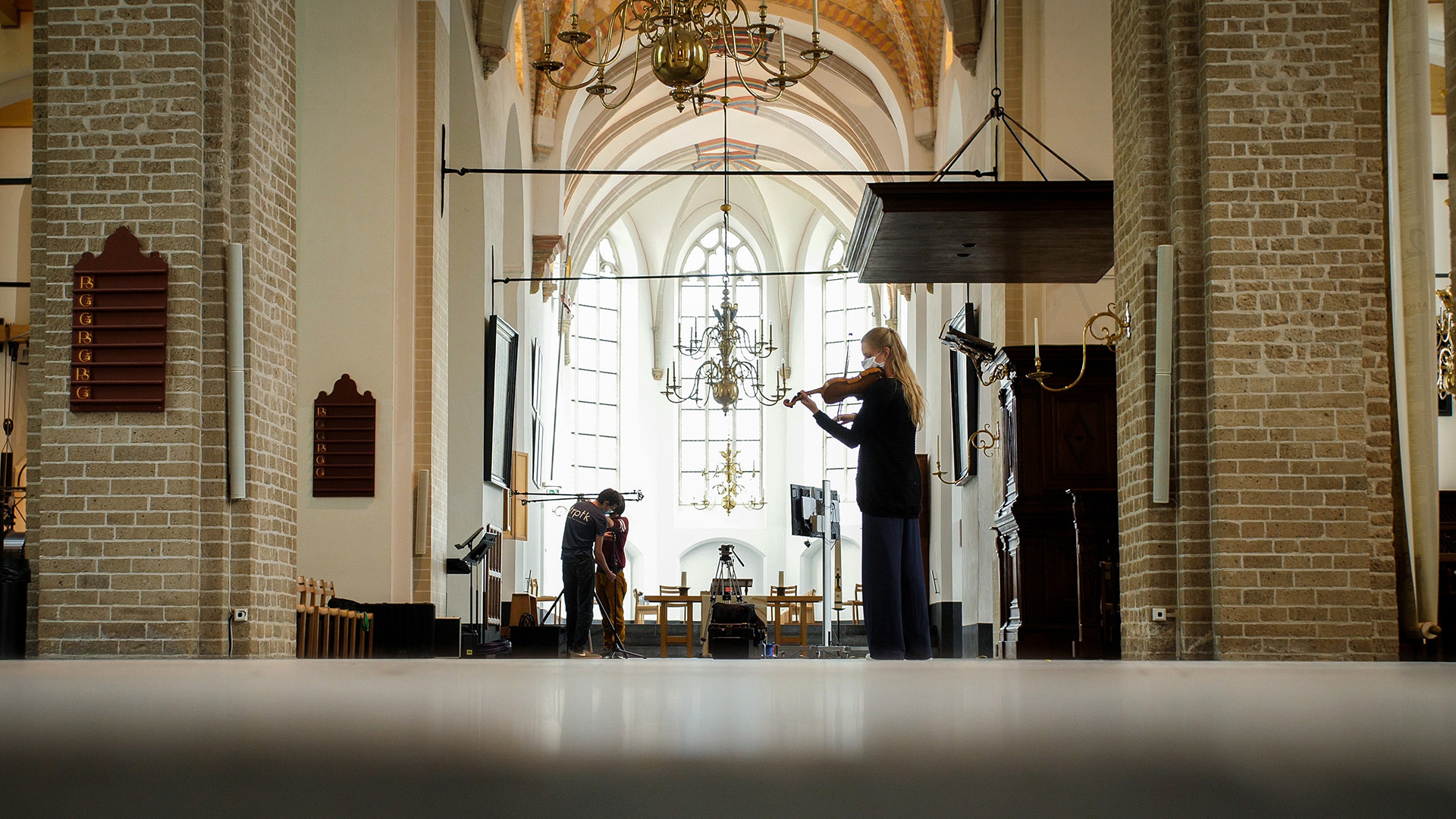 The north view inside the Nicolaïkerk. This picture was taken during setup – both musicians and production team wearing face masks, a sign of the times.

We wanted to honour this beautiful church by recording it in its entirety, rather than close-miking it like others would perhaps. But rather than fighting the acoustics, we went along with them.

Of course, all we do is recording things minimally, but this recording needed it especially. We first set up only the main five microphones (all DPA d:dicate 4006A omnidirectionals) and positioned them at a specific distance as to make an exact 50/50 blend between the direct sound coming from the instruments and the reverb. But the reverb just takes over at a certain point. Which is why we added DPA 4015A sub-cardioid microphones, to gain just a little hint of directness back into the mix by mixing them in ever so subtly. By doing so, we tried to create a blend as natural as possible. Let’s get to the studio and find out! 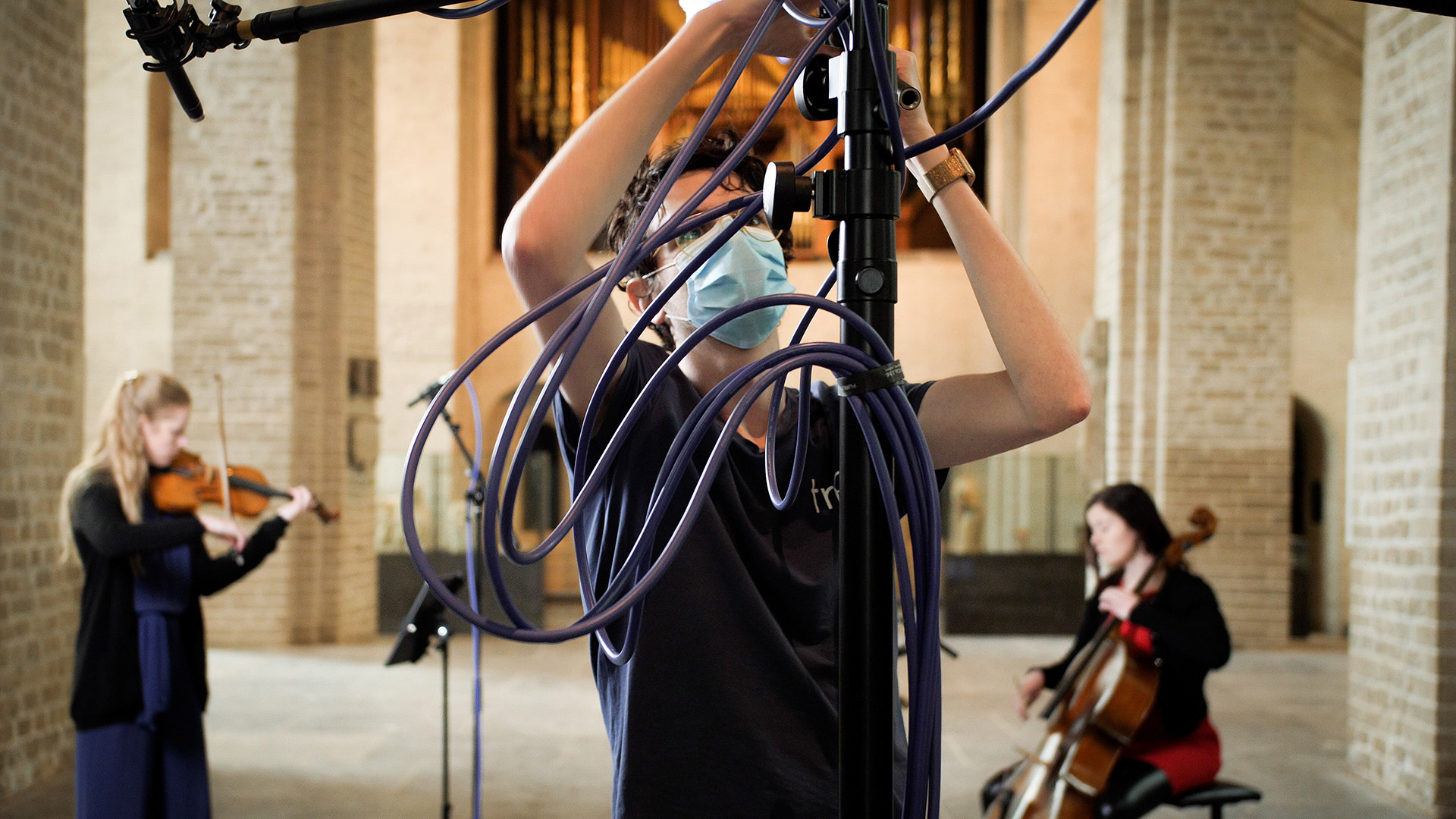 Me (Brendon Heinst, producer) setting up the main microphone array.

We can only hope this lockdown and the pandemic won’t last much longer, and we can get back to real, live, in-person music-making. Music truly is the best medicine; it soothes, it aids, it brings people closer together, now more than ever.