Let us start off by thanking the wonderful people at TivoliVredenburg in Utrecht (NL) from the bottom of our hearts for this opportunity to record at their legendary Grote Zaal (Big Hall). It’s been a blast.

When Konstantyn, Helena and Maya suggested to record Aart Strootman’s piece Obscure Atlas, and Daniel Wohl’s Microscope, two pieces for electronics, percussion, piano, cello and even voice, we immediately got enthusiastic. Think of the possibilities in surround (and later, Spatial Audio!)… And at this beautiful hall in our home town of Utrecht no less. But the music is complex, so we first had to draw up a full recording plan: what instruments and other parts there are, what part they play in the pieces, and thus how we should record them.

We decided to record most of it (everything, except for the electronics and voice) all together in the room without any overdubs. This to make sure the music really clicks together and feels live. We would later add voice and electronic parts in the studio.

Equipment-wise, this recording falls between a jazz/light music and classical music approach, meaning that we would of course still use our OOA main microphone system of DPA 4006A’s, but also add close mics for additional warmth, tightness, and detail. And, of course, for added control in the mixing and mastering stage of the process. On percussion, we used two DPA 4011A cardioid microphones for overheads, and two DPA 4006A for the bass drums (remember, these omnidirectional mics have a perfect low-end response!). For cello, we wanted to get a bit more warmth, and what’s warmer than a pair of good ole’ tube microphones? We prompted for the Neumann M149 mics, simply beautiful and legendary tube microphones with a cardioid pattern. For piano, we wanted to go a bit cleaner than on cello, so we used the DPA 4011A again, just like for percussion. 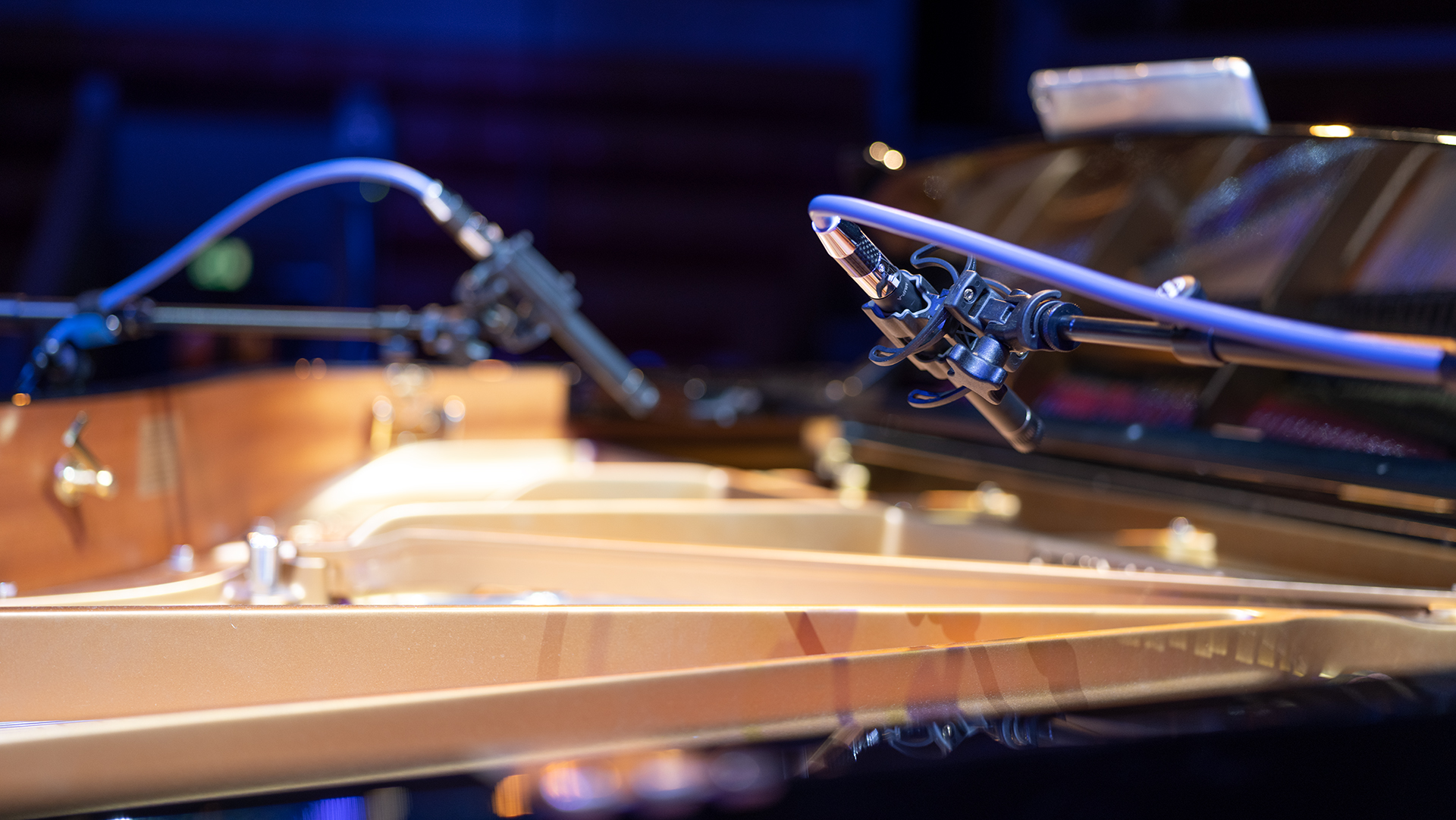 A pair of DPA d:dicate 4011A cardioid microphones on the beautiful Steinway Model D-274 concert grand piano at TivoliVredenburg.

As always, everything’s connected to our preamps and ADCs using custom Alpha-OCC cabling by Furutech in Japan.

We mainly overdubbed the vocal lines by Maya for Strootman’s piece, so we’ll start there. Because we wanted a very breathy/airy sound, we used the Sony C100 two-way condenser mic. It features two capsules, one for low to medium-high frequencies, and one for very high frequencies, giving us exactly the kind of sound we were looking for.

Electronics were added by using WAV files we got from the composers. They were mixed in using some reverb we took from the hall itself, so as to blend them nicely with the recorded instruments.

We had so much fun producing this recording, and we hope you enjoy it as well. Happy listening!