With an album title composed by the autocorrect feature of a phone, this album promised to be a fun one to record! And so it was.

For Remgewogen, guitarist Martin van Hees wanted to feature contemporary Dutch works written for solo classical guitar. By composers such as Roderik de Man, Louis Andriessen, and Aart Strootman, who had already written their pieces for solo classical guitar, but also composers who wrote especially for Martin, such as Jan-Peter de Graaff and Christiaan Richter. To top it off, Martin also recorded two pieces he wrote himself. All in all, a Dutch program by a Dutch guitarist, with Dutch composers and a Dutch recording team.

The recording was a blast, not just because (and many of you readers might not know this) I’m a guitarist myself, but also because the pieces were just so interesting. Each of them carries their completely own signature style; no piece was like the other. From the folk-inspired crazy-titled Ikariotikoyunbabarrange (derived from the Greek Ikariotiko dance and Koyunbaba, another guitar piece) to the soothing Variations on a quote by Debussy by Strootman, it was the ultimate programme for Martin to show his versatility as a guitarist. And he did. 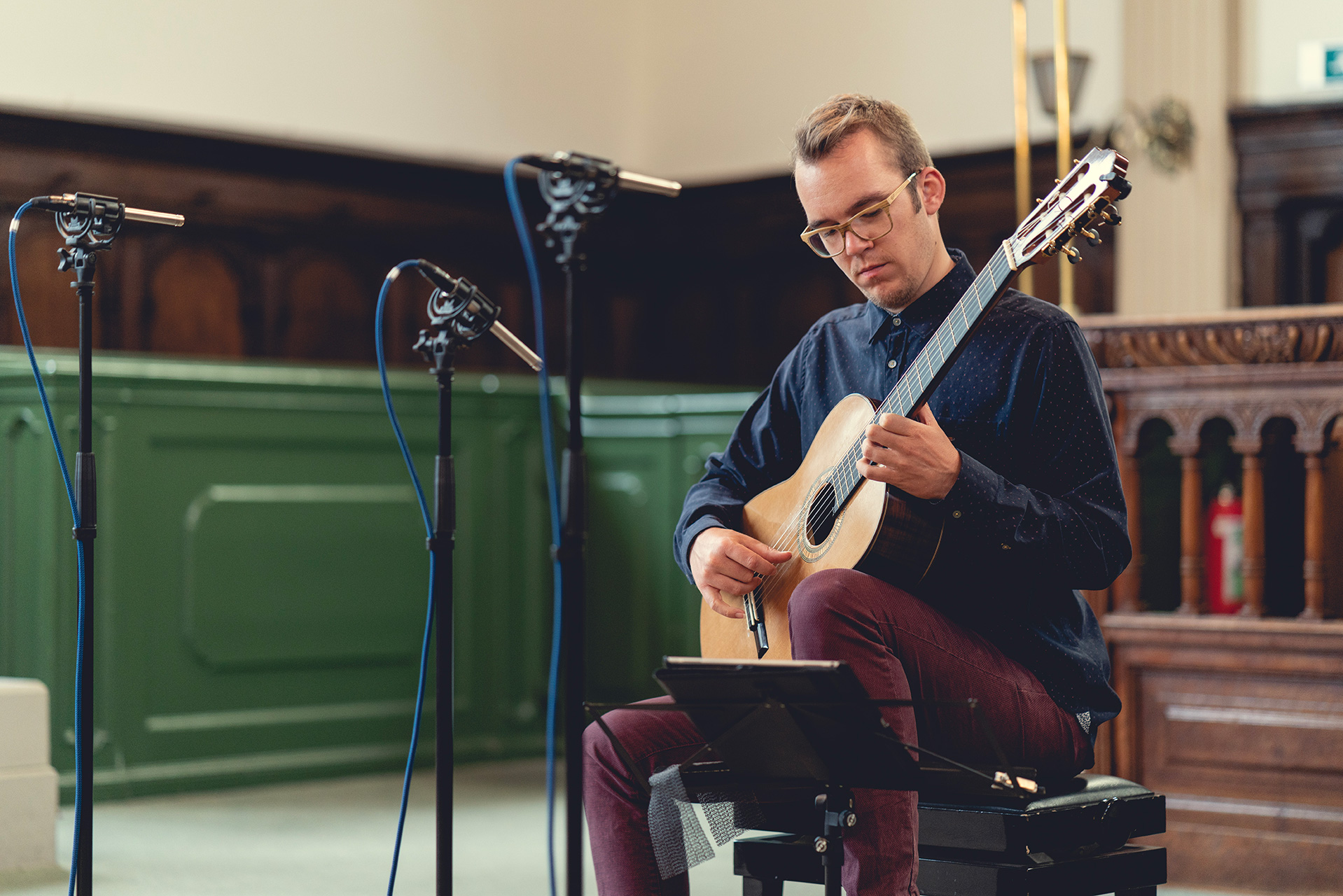 Equipment-wise, we used a very simple setup comprising of just a surround set of Sonodore RCM-401 60v active powered omnidirectional microphones. The reverb of the beautiful Lutheran Church of Haarlem provided all the rest that was necessary to make this album as special as it turned out to be.