Creating a debut statement for both Maya Fridman as a cello soloist, as well as for TRPTK as a label, The Invisible Link turned out to be a tremendous first-for-everything. The next question was, however, how to create something even more impressive?

Our recording location of choice was the beautiful synagogue space of MerkAz in Utrecht. The geometric structure and extremely high – and might I add, beautiful – ceiling make for a lush, huge reverb that resonates every little detail of the cello. Since there wasn’t any connected space we could set up a separate control room, we used headphone monitoring and set up a table in a corner of the room. 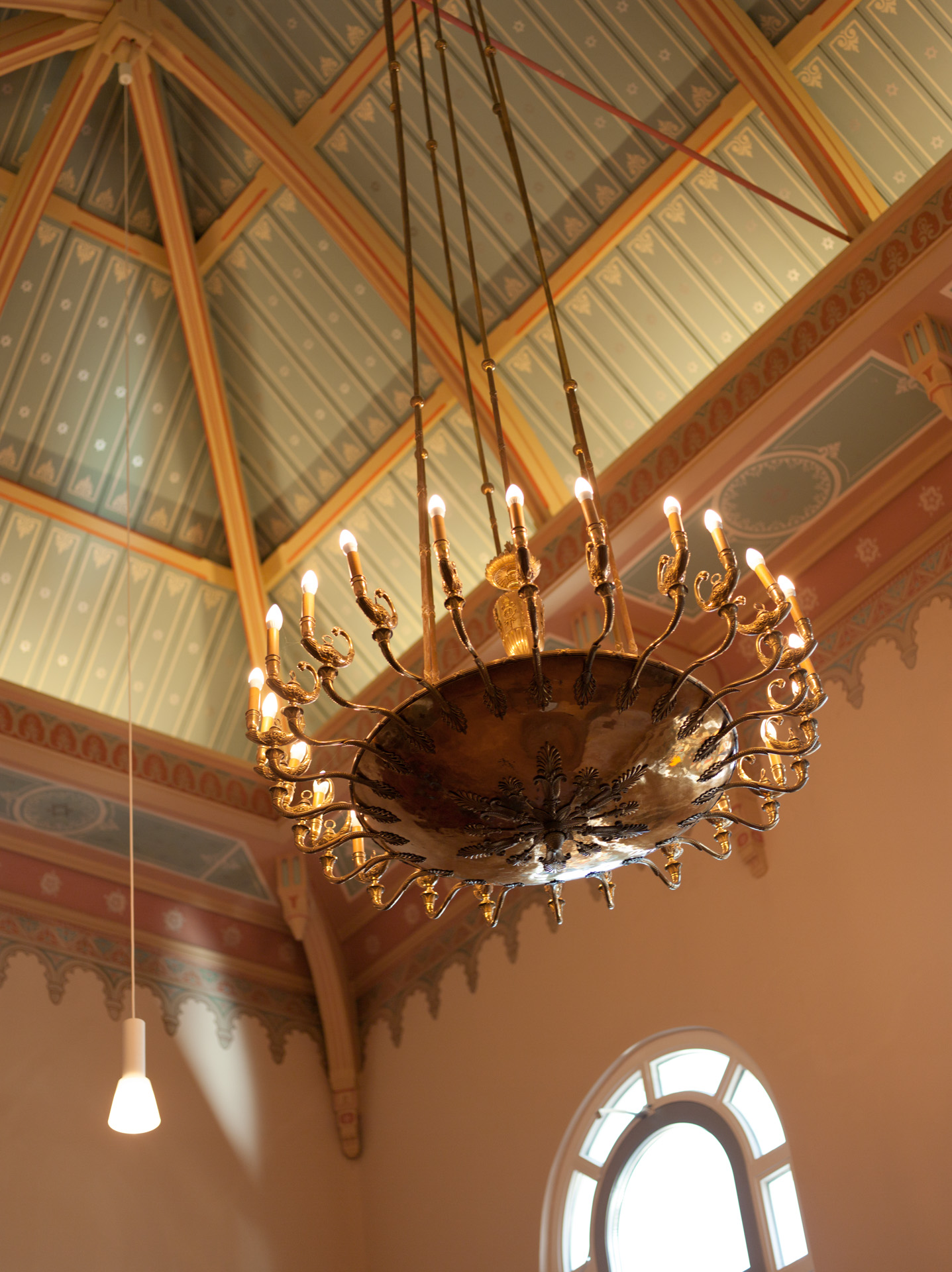 The stunning chandelier and ceiling of the MerkAz Synagogue in Utrecht.

Now, as I said before in an earlier post, I usually prefer to set up a separate control room with high-end loudspeakers as monitors, but with Maya, whom I’ve known for years now, I’m much more comfortable working from the same room. It also greatly adds to the creative flow of the session, to be able to directly communicate and see each others intentions.

For this completely solo CD, Maya has planned to record some quite interesting works, first of which is Gaspar Cassadó‘s Suite for Solo Cello. The Spanish, almost Flamenco-like influences are heard throughout the piece, as well as various nods towards other composers. A very technical piece as well, especially since this was the first piece we recorded.

Next, we recorded an astounding piece by Iranian composer Kaveh Vares, titled Red Velvet, which was written especially for Maya herself. Being a master of sounds, layers, and textures, Vares composed a piece demonstrating the sounds a cello (and cellist) can produce when being put under the most extreme of circumstances. Overpressure, extraordinary bowing techniques, long hammer-on sequences, all create for something truly contemporary. 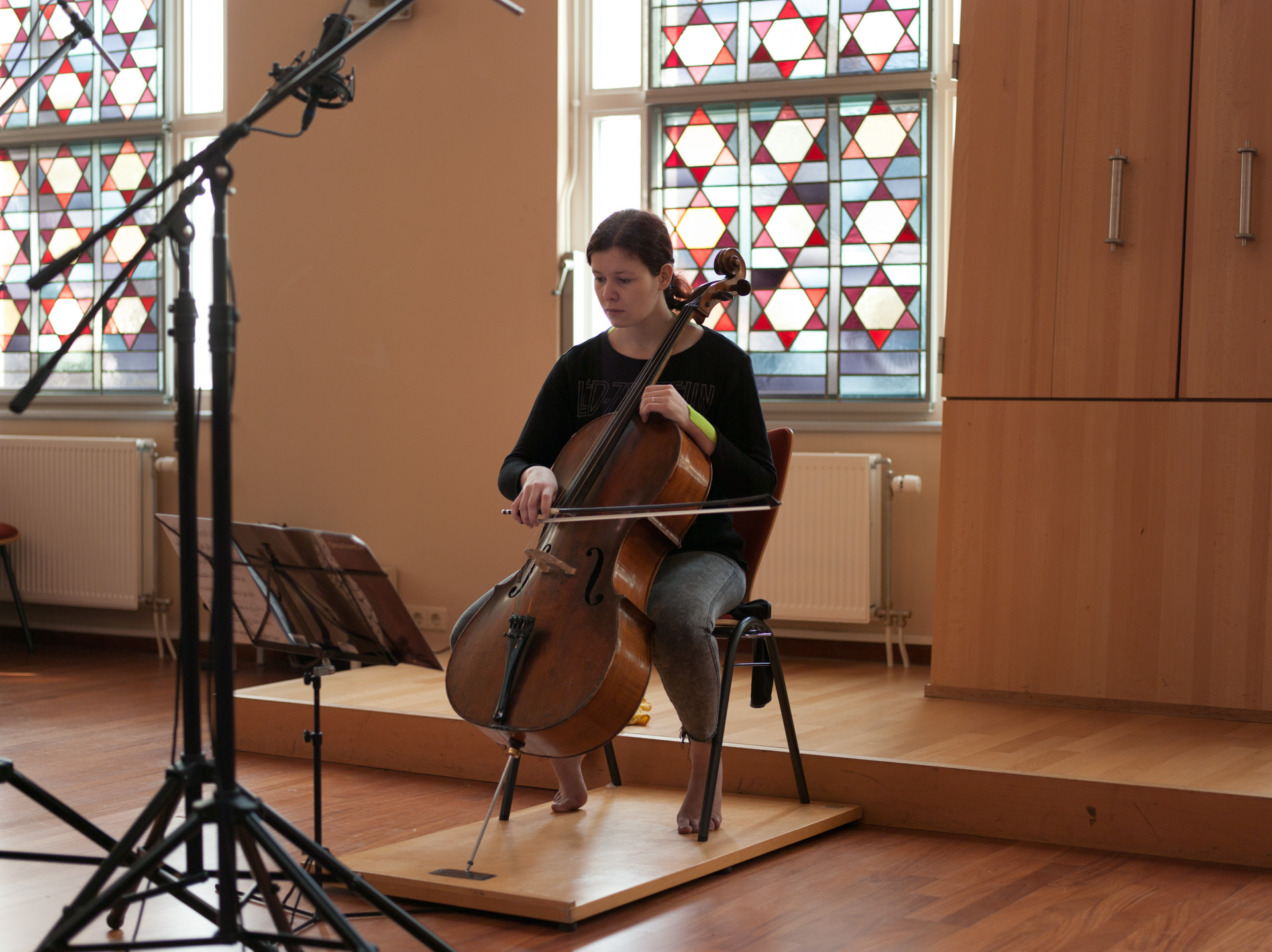 Maya in full concentration in a take for Golijov’s Omaramor.

On the second day, we recorded Omaramor by Oswaldo Golijov. A beautiful piece where the low C-string of the cello got tuned down even further to create an almost larger-than-life depth. After this, we set out to record La Voce by Louis Andriessen. This piece was written “for a cellist”, not for just the cello itself. It explores all sorts of beautiful poetry and singing by Maya. Later in the evening, we recorded Karen Tanaka‘s The Song of Songs. In this piece, pre-recorded electronics play a big part, so we felt the best way to still create an acoustic sound was to use the Dutch & Dutch 8c loudspeakers to create the clearest and most transparent pathway for these electronics.

On the last day, we recorded Danseur de Corde by Cesar Luttger, a beautiful piece with some winks and nudges towards Elgar’s cello works. As a bonus ‘live’ track we recorded Alisa Apreleva‘s Silentium with Maya and two other cellists, Asako Kanazawa and Maximiliano Segura Sánchez. 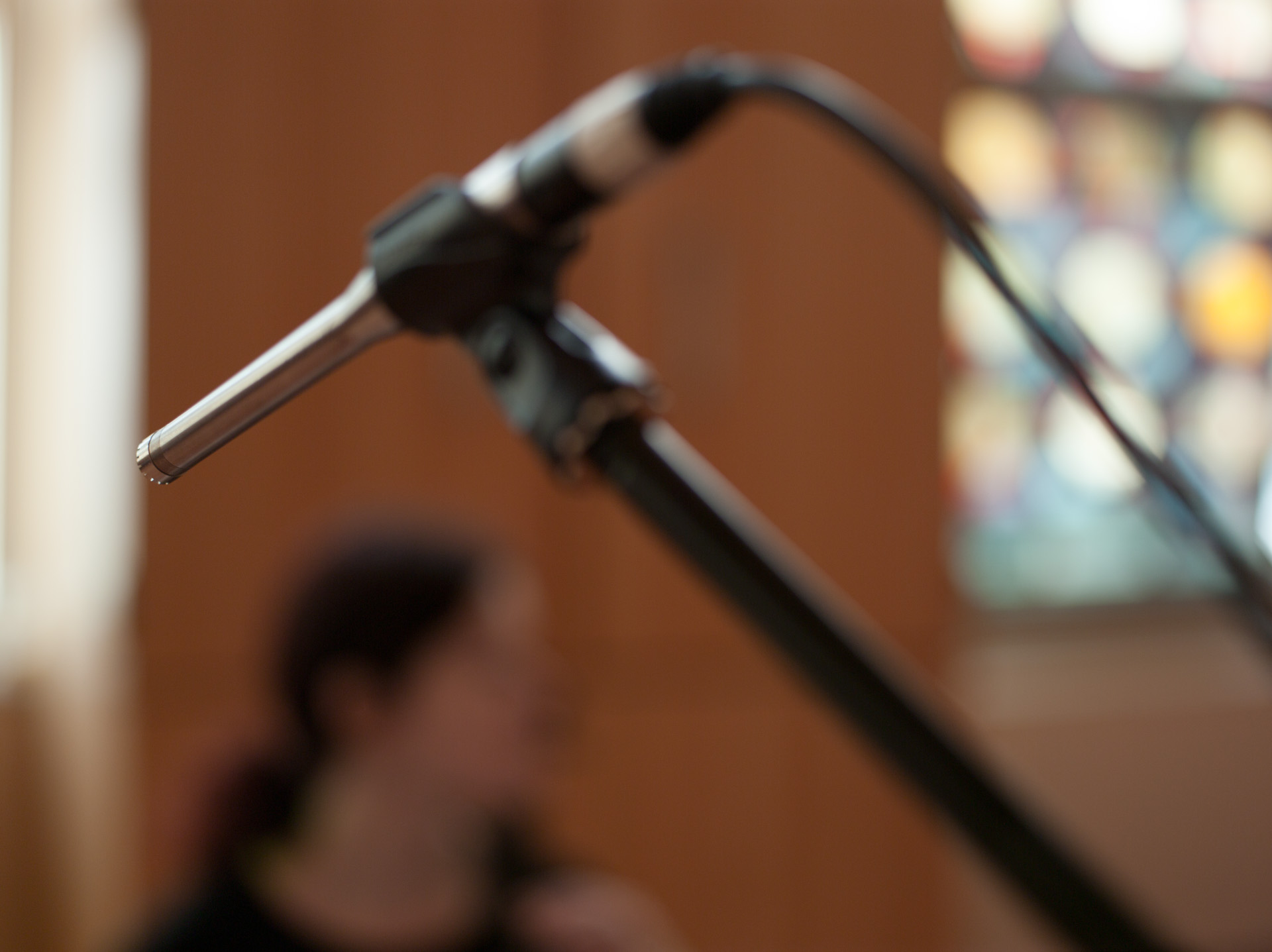 One of the microphones used was the Sonodore RCM-401 60V Active Powered omnidirectional microphone. A very natural-sounding, transparent mic, perfect for recordings like these!

Our A/D and D/A converters of choice were the Merging Technologies Sphynx 2, set at DXD (352.8 kHz 24 bits) mode, recording into the Pyramix DAW. For monitoring, we used a Questyle CMA-800R Golden headphone amplifier, courtesy of its Dutch importer, Terrason Audio. This was connected to a Sennheiser HD800s pair of headphones. 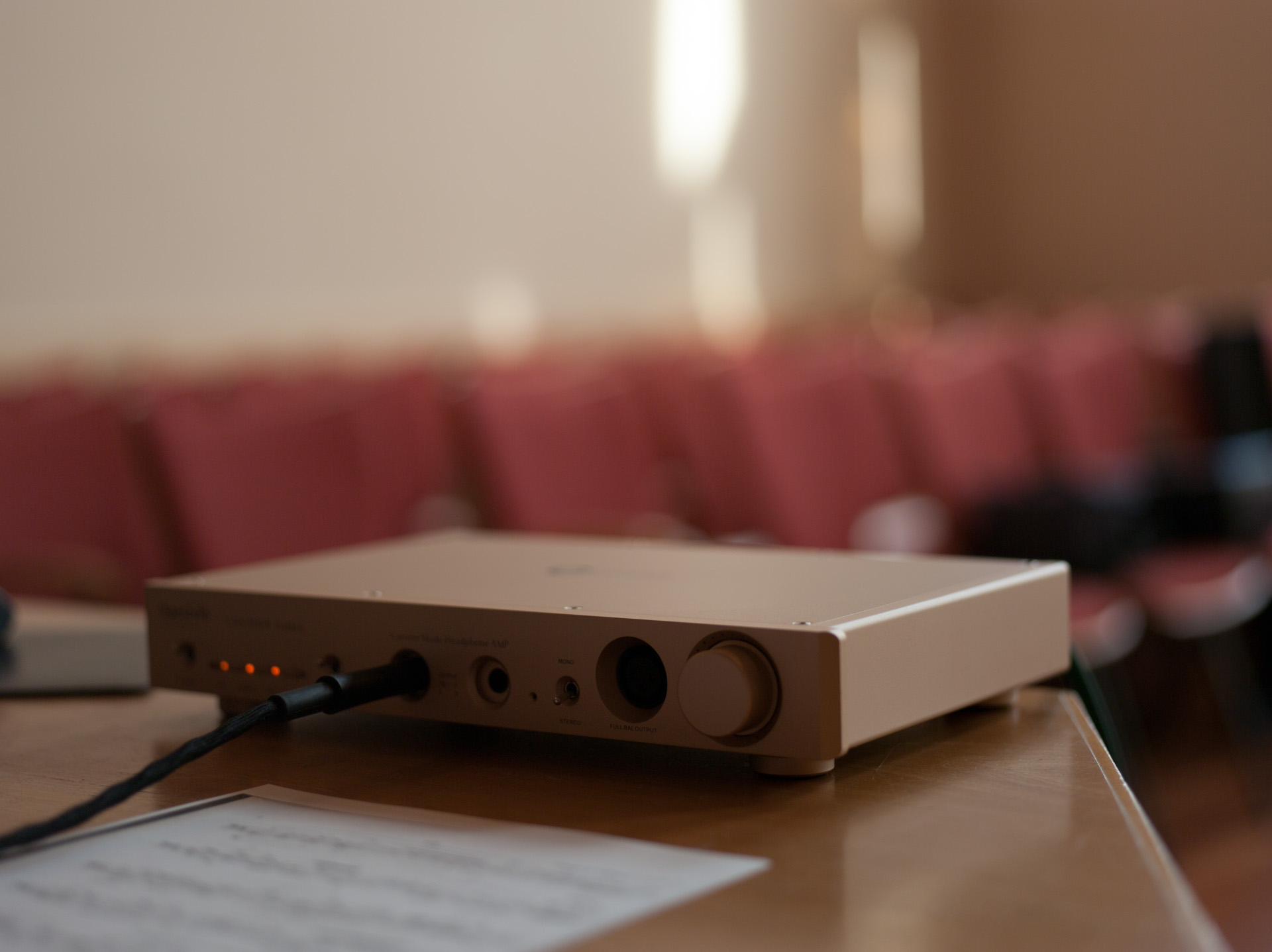 All cabling, both power and audio, were by Furutech. In my personal opinion, there is no other choice for cabling if you’re only happy with the absolute best. Being very finicky about my sound, there’s only one cable manufacturer I fully trust.