Before the modern grand piano as we know it now, there was the Érard piano. Designed by Sebastien Érard in Paris, many technologies he developed for these instruments can now be found in modern grands. Of course, for a more detailed musical history lesson on these instruments, do check out Wikipedia, it’s really fascinating. But we had the chance to record not just one of them, but three! 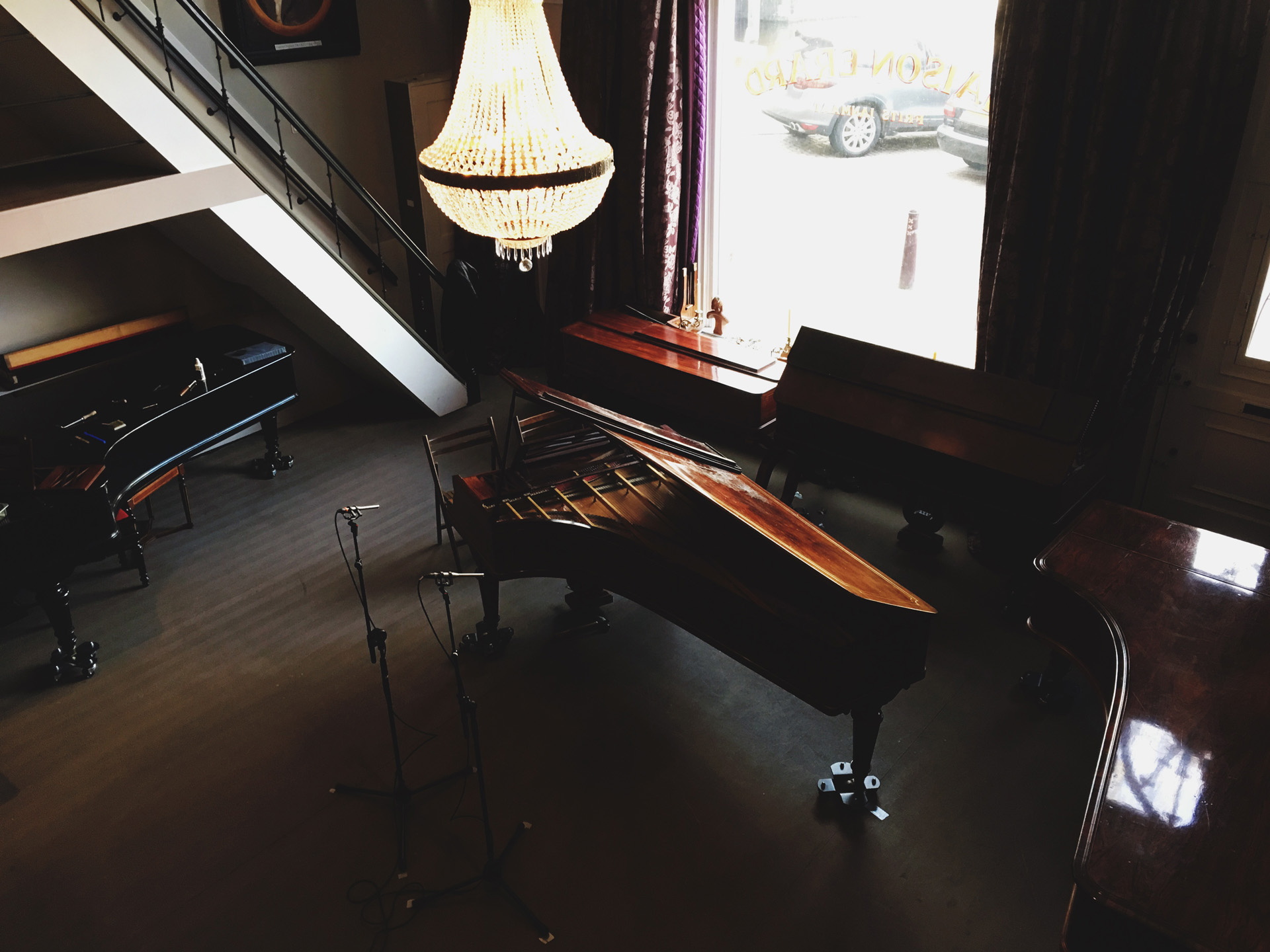 One of the Érard pianos we used on the recording, sitting at Maison Érard in Amsterdam.

Pianists Erin Helyard and Stephanie McCallum, both professors at conservatories in Australia, are focused on early keyboard practice, and wanted to record an album with piano music à quatre mains, meaning ‘with four hands’, with the two pianists next to each other. This was a highly common way for the average Joe back in the day, to enjoy larger symphonic or operatic works without breaking the bank.

The pieces on this album were recorded on Érard pianos built between 1839 and 1898, each having its own very distinct sound. It was really great for the pianists and myself to choose a piano fitting each specific piece, like a kid in a candy store. 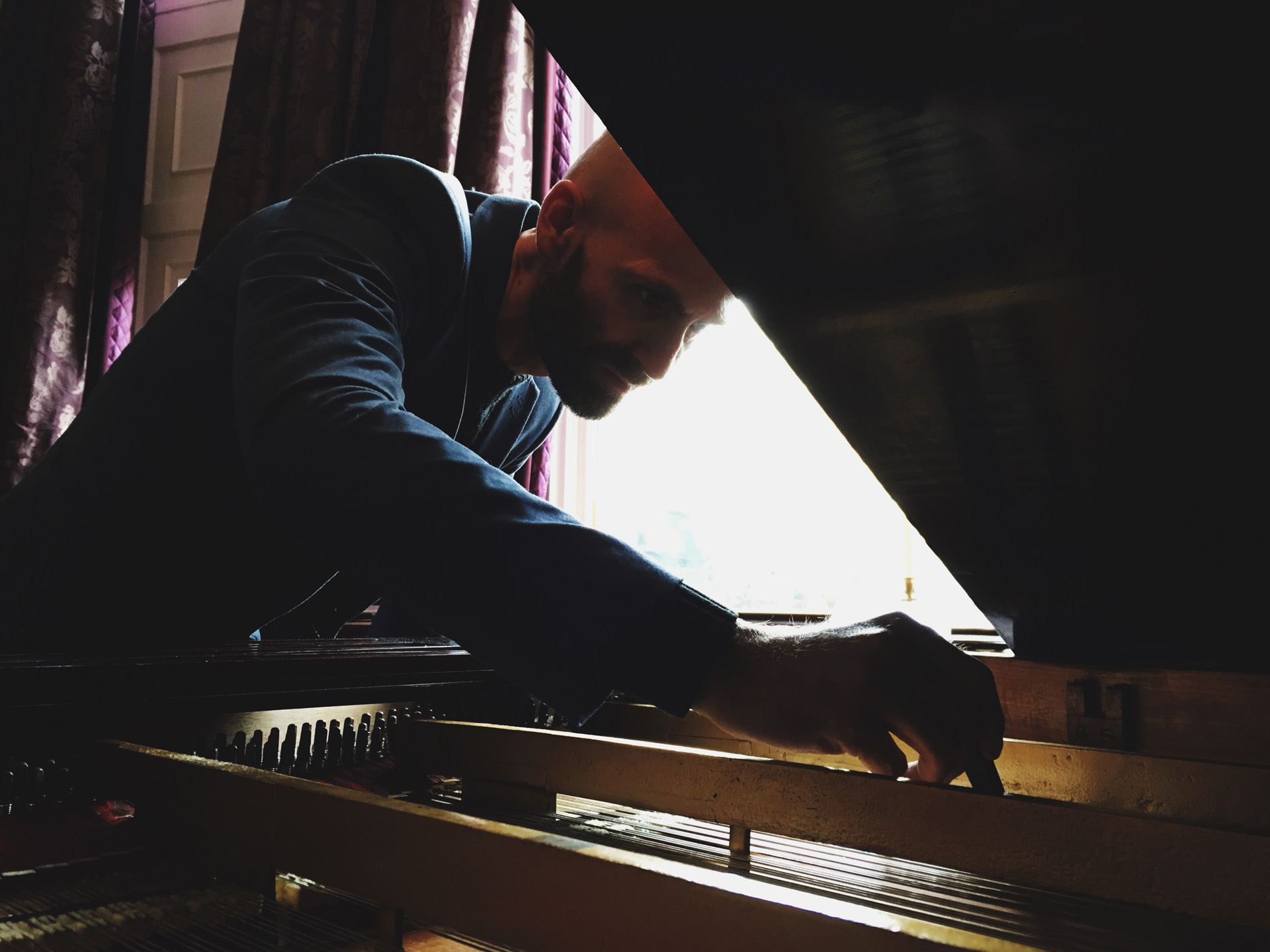 Erin Helyard making some last-minute adjustments to the piano, before recording another take of Meyerbeer’s opera Le Prophète.

Of course, recording early instruments never comes without a hitch, and we sometimes had to repair a buzzing string here and there, or a squeaky pedal, but that’s all part of the charm of the instrument.