The Invisible Link. The link that started the label, the studio, and everything that’s here today. Writing this retrospective, I can’t help but to think of what all led up to these special three days that we recorded this album. I’m eternally grateful for all involved, and hope that by sharing this blog with you, I can take you with me in this time machine, back to the recording session.

The link between Schnittke, Vasks & Pärt

After careful consideration, we chose the beautiful quaint little Lutheran church in Haarlem (near Amsterdam) not just for its acoustics, but also the atmosphere there. It’s hard to describe… The moment you walk into this church, even if you’re – like me – not a religious person at all, you feel this sense of quiet and zen instantly. The perfect place for a heavy program such as this!

The piano the church hall comes with is a small Kawai piano, and although it’s playing a little bit fast and loose with the term grand piano, the sound is actually quite decent, with the added benefit of never really overpowering the cello that much, even in the incredibly aggressive second movement of Schnittke’s sonata. The sound was greatly improved by our dear friend and piano tuning wizard Michiel Strategier. 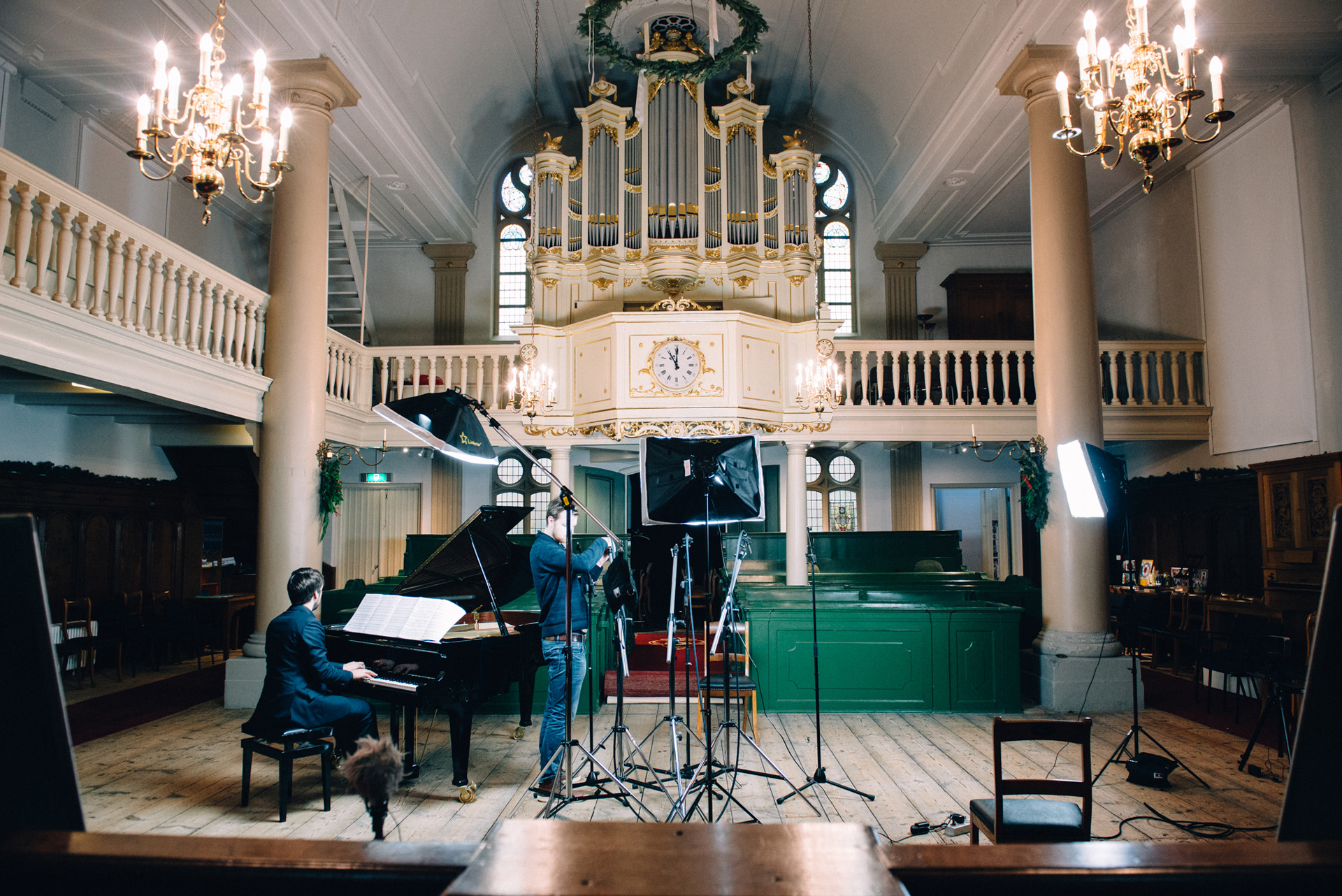 The Lutheran Church of Haarlem, the Netherlands. In the image you can clearly see the piano isn’t really all that big, but we made it work.

Equipment-wise, our setup was really minimalistic. We used a main microphone system for the 5.1 and stereo mix consisting of Sonodore RCM-401 60V active powered microphones, aided by the Sonodore BLM-21 boundary layer microphones for surround. The piano didn’t need any spot microphone, but for the vocal parts in the Gramata Cellam, we used an additional RCM-401, which was added in slightly in the mix.

I try to use minimalist setups like these as much as I can, simply because you can’t beat good old air molecules bouncing around in a room. I see so many recording engineers nowadays using hundreds of microphones (okay, okay, maybe not hundreds, but still a lot!) even for duo or trio recordings. Yes, you gain more control, but you lose big-time in phase coherence, and to me, that’s just not worth it. Plus, as I said above, mixing microphone signals digitally or even electrically just sounds different from mixing air molecules acoustically.

The microphones ran into a Merging Technologies Horus, which was really new at the time. For those of you who might not know the Horus, it’s a so-called Audio Over IP converter, meaning that it not just converts our analog (microphone) signals to the digital domain at 352.8 kHz 32 bits, it also outputs these to a dedicated audio network, not too different from your regular home LAN. Fortunately, the guys at Merging did a tremendous job of not only creating a really easy-to-follow user manual for the Horus and the whole Ravenna Audio Over IP system, but also making the Pyramix digital audio workstation (DAW for short) so intuitive to work with. I’ve been using that very software for around eight years now, and I can honestly say I would never, not for a million euros, go back to any other system.

Monitoring on location is always an issue. If you monitor on just headphones, it’s really difficult to judge any imaging properties of the microphone setup you’re using. However, if you only use loudspeakers, you tend to sometimes miss important little details in the artists’ performance. Personally, I always like to use a combination of the two if I can. 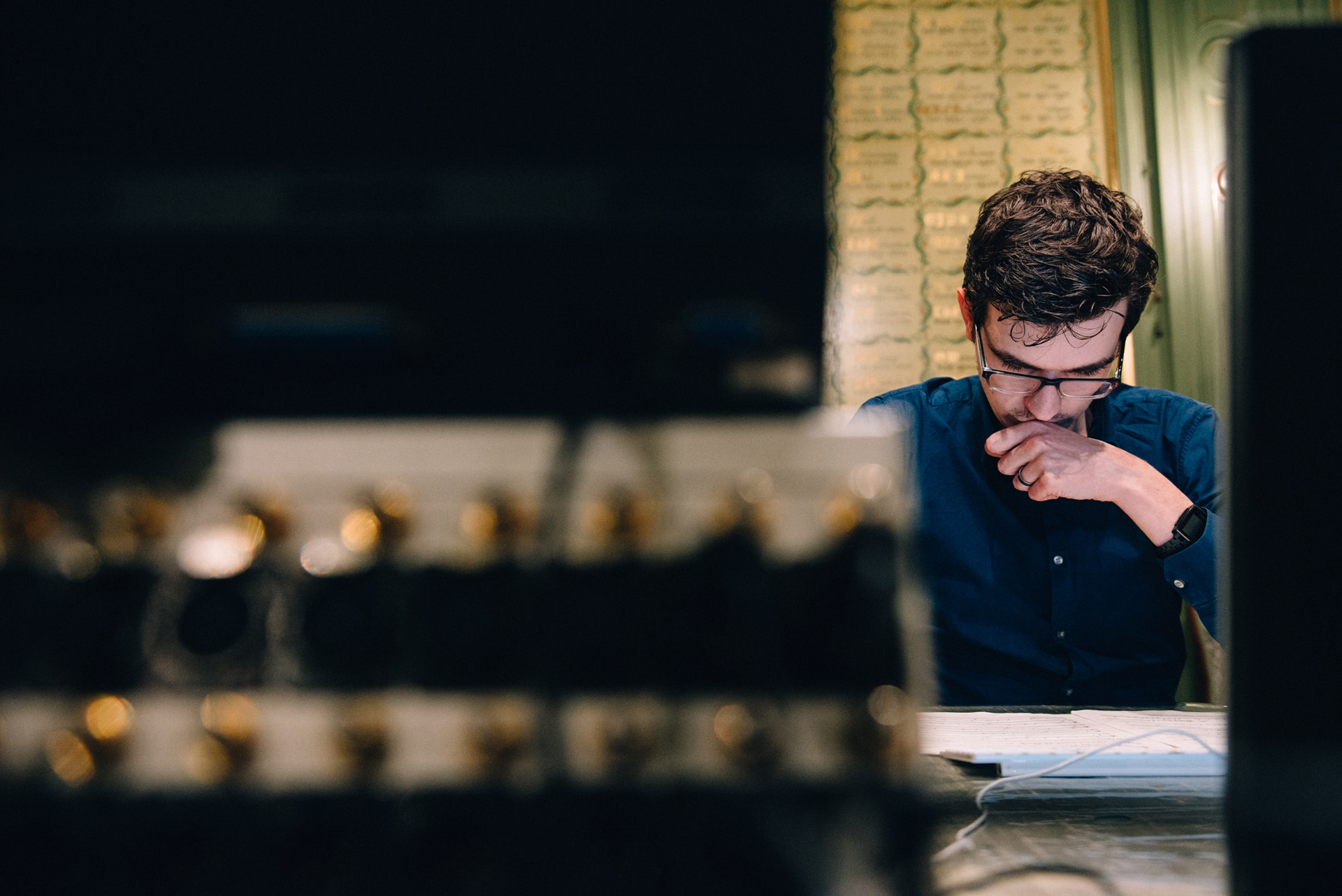 During recording, the utmost concentration is necessary to make sure you never miss any good material, or never let slip any errors that might run into the recording.

For this specific recording, we used a 5.1 loudspeaker system comprised of five Avalon Mixing Monitors with ceramic woofers and an Avalon subwoofer, as well as the legendary AKG K1000 headphones. We later on switched to KEF, a step I didn’t regret at all.

We set up our monitoring in a separate space away from the recording room. This has two main advantages: firstly, the artist isn’t distracted by having someone else in the room with them while they perform. Secondly, as a recording engineer, you’re able to crank the monitoring up at times, to be able to hear more subtle details. It also has its disadvantages sometimes, though. For me, the biggest downside is that you don’t have visual communication with the artists, which is quite important to me. Especially being married to Maya, I now always prefer working with her in the same room, because we’re able to much more closely work together and make the recording even more special because of that. 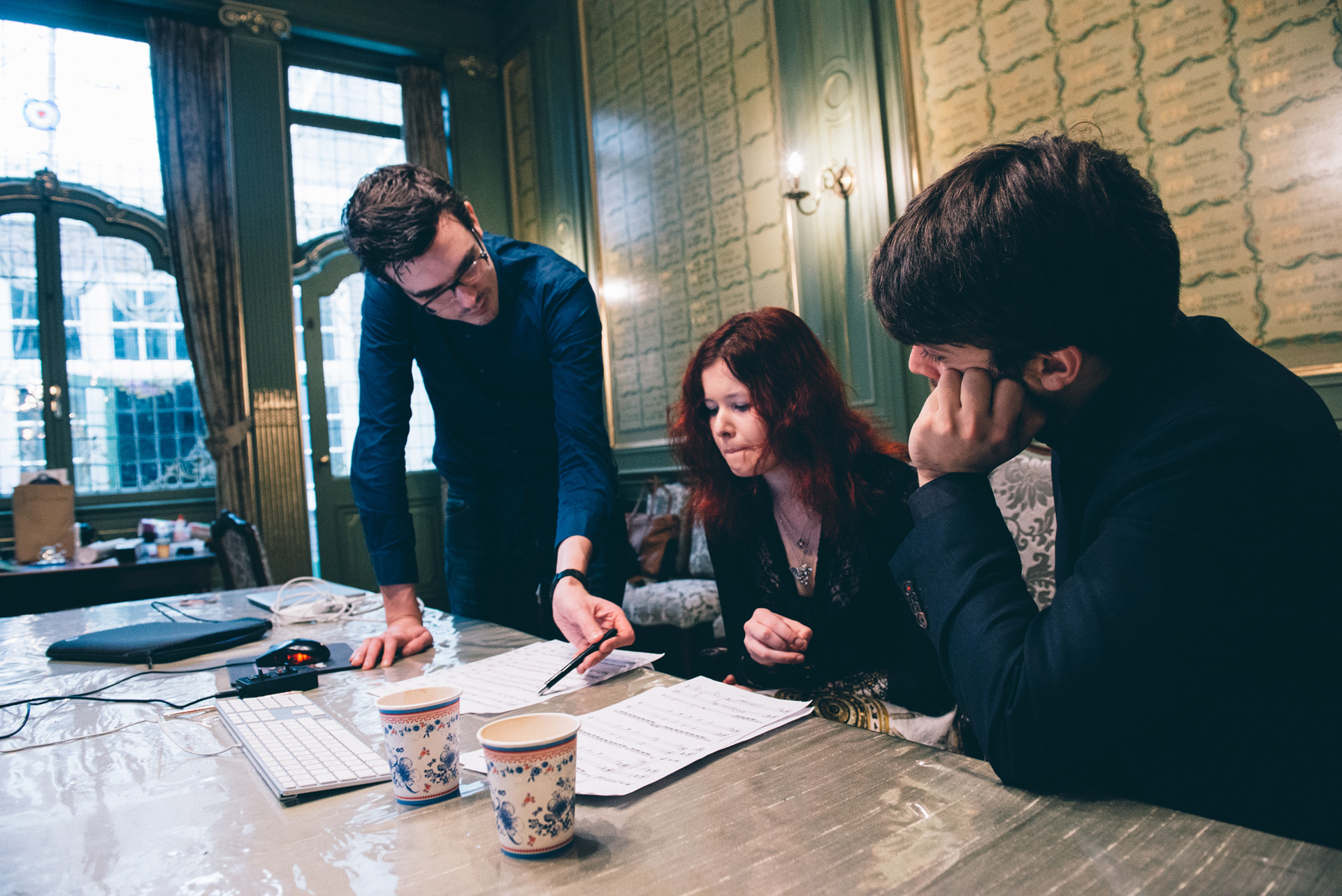 In between takes, the recording engineer (in this case, me) goes over what went well during the last take, and what didn’t. When photographer Nicky Regelink took this picture, we were discussing the dynamic differences between pianist Daniël Kool and Maya, in an effort to balance these out even further to create a more coherent sound.

I am truly humbled to be writing this retrospective blog now, more than five years after this amazing session. I think it’s fair to say that everyone involved in the project could never have known where it would all end up. And isn’t that the beauty of life?