That Merel Vercammen is constantly looking for new challenges is something she proves with her new TRPTK production, The Boulanger Legacy, a thematically curated album in which the music of Nadia Boulanger (1887-1979) and her students are the common thread. “Her influence on the music of the twentieth century has been gigantic,” Vercammen says. The school, of which she would become director in Fontainebleau, attracted many American music students. Various names such as Aaron Copland, Jean Françaix, Philip Glass, Daniel Barenboim, Elliott Carter and Quincy Jones took lessons from her. Referring to her surname, there was talk of the “boulangerie,” as if she delivered composers like loaves of bread. The album includes works by her sister Lili Boulanger, Grażyna Bacewicz, Leonard Bernstein and Astor Piazzolla.

We decided to record this legacy at the beautiful little church of the Westvest in Schiedam (NL), because of its chamber-like acoustics. They also have an absolutely fantastic Steinway Model D grand piano in there, which of course only adds to the pleasure of recording. 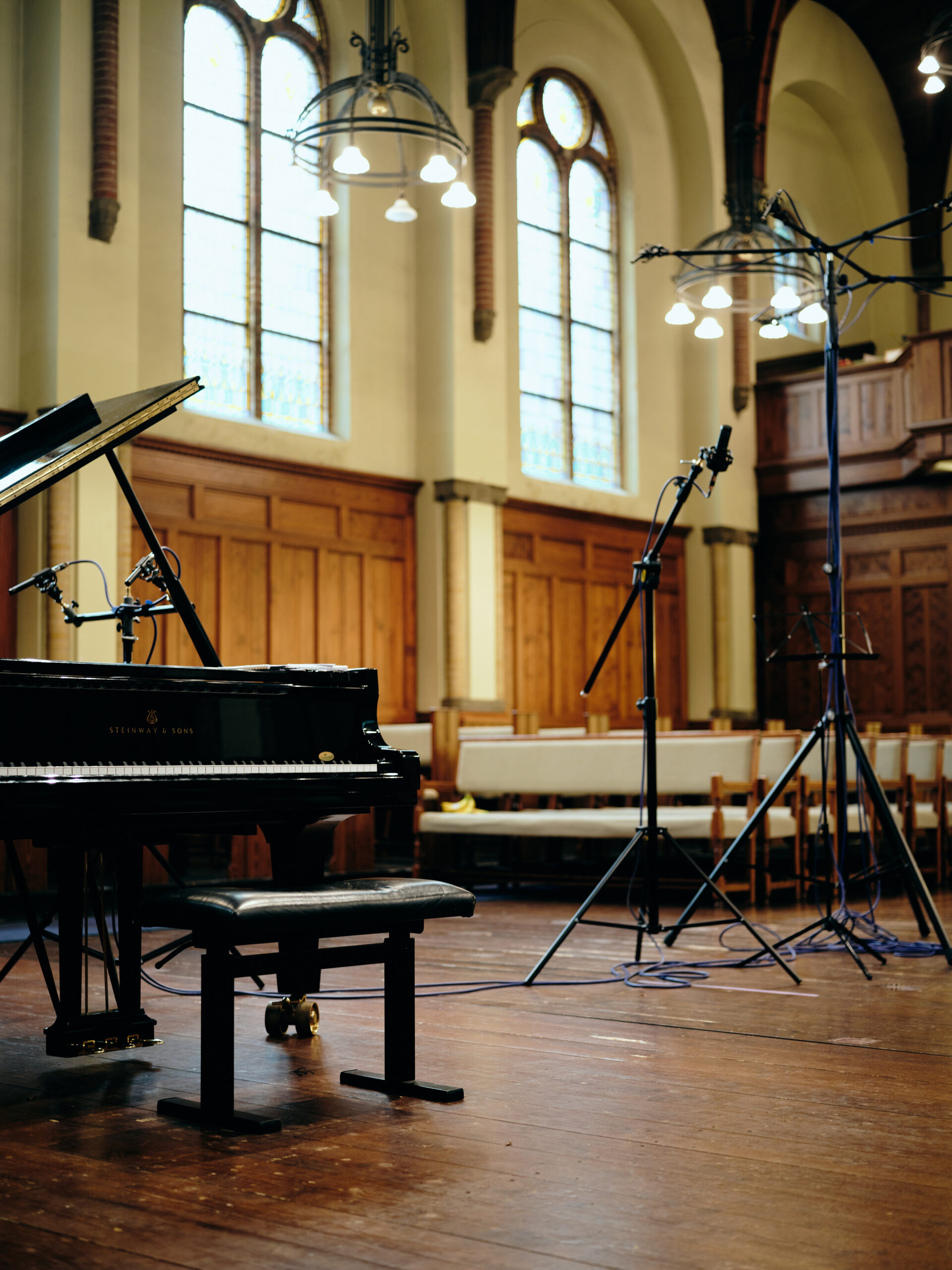 The beautiful Westvest church, with our microphones in it. DPA 4006A for main mics, DPA 4015A for piano, Sony C100 for violin.

Gear-wise, as always we used the DPA 4006A omnidirectional microphones for our main surround system. To bring back some detail in the piano, we mixed in some of the DPA 4015A close-mics just a tiny bit (around -14dB from the main mics), just enough to get these details in without them going flat in the acoustics. To mic in a bit of violin, we also (sparingly) used the Sony C100 two-way condenser microphone. Because of its two-way design, the sound is very light and airy, perfect to get these details out of the violin.