This album has been a special one. Canti d’inizio e fine (“songs of the beginning and the end”), written by Maxim Shalygin, was written about the Holocaust and the circle of life and death. Each of the six movements was named after each of the ancient Jewish Angels of Death: Gabriel, Samael, Kapziel, Azrael, Abbadon and Michael. Instead of talking about the equipment and location we used, this album is not about any of that, so I’ll leave that out. Instead, I’ll let Maxim talk to you about the movements, and the Angels of Death they were based on.

“According to Jewish mythology, there is a Tree of Life or Tree of Souls, that blossoms and produces new souls, which fall into the Guf, the Treasury of Souls. This tree produces all the souls that have ever existed or will ever exist. When the last soul descends, the world will come to an end. Gabriel reaches into the treasury and takes out the first soul that comes into his hand. This movement symbolises the possibility of being born, as well as anticipates the struggle one has to endure through life.”

“There was another Angel in the seventh Heaven, different in appearance from all the others, and of frightful mien. His height was so great, it would have taken five hundred years to cover a distance equal to it, and from the crown of his head to the soles of his feet he was studded with glaring eyes at the sight of which the beholder fell prostrate in awe. This one, said Metatron, addressing Moses, is Samael, who takes the soul away from man. This movement reminds me how one learns to speak: there are sounds without words, yet the intention is clear. It explores the ricochet technique, which gives the feeling of something never resolving and relentlessly carrying on.”

“Archangel Kapziel is known as the Angel of Time, even though his main responsibility is to rule over the death of kings, rulers and leaders. I perceive this movement as an endless chant that is full of wisdom and understanding of time, as well as of a never-ending suffering.”

“In some descriptions, Azrael has four faces and four thousand wings, and his whole body consists of a number of eyes and tongues corresponding to the number of people inhabiting the Earth. As he constantly records and erases in a large book the names of men at birth and death, so the pizzicato sounds of this movement appear out of an disappear into nothingness.”

“Abbadon has been identified as the most terrible Angel of Death, who demolishes all life in its path, and it also refers to a bottomless pit, the abyss. Since this movement represents the torture that transforms a human into an animal, it is interesting to notice that this Angel’s task is to torture, but never to kill.”

“Michael is said to descend at the hour of death and to give each soul the chance to contemplate on one’s life before passing. The character of this movement could not be depicted better than with the BACH.Bow. This bow is able to touch all four strings simultaneously, thus bringing on a bigger depth and contrast necessary for this movement. It ends with the sound of winds (or of the last breath) transitioning into the Todesfude.”

“The Todesfuge turned out to be a real piece of composer’s luck, and, although very hard to write, unputdownable in the process. The structure of the poem by Paul Celan itself suggested certain compositional solutions. Whenever a composer has such a tight energetic bond with a piece of poetry, he or she can’t imagine its existence without music. That’s why there was nothing left for me to do, but to write it as it has to sound.”

We took some pictures on the recording days too! Check them out below. 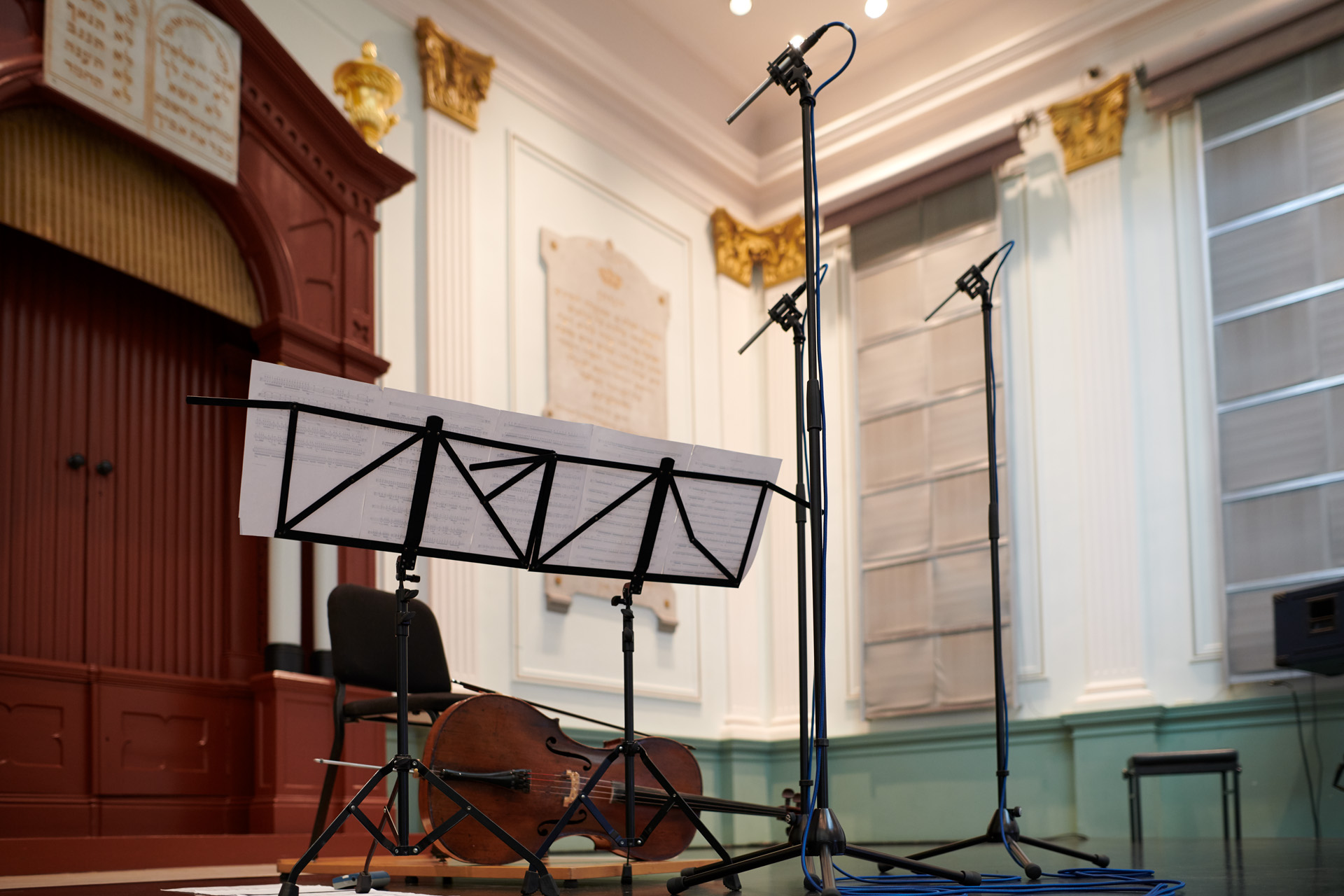 A look at the stage where we recorded Canti d’inizio e fine. You can also see the three Sonodore RCM-402 mics forming the main array. 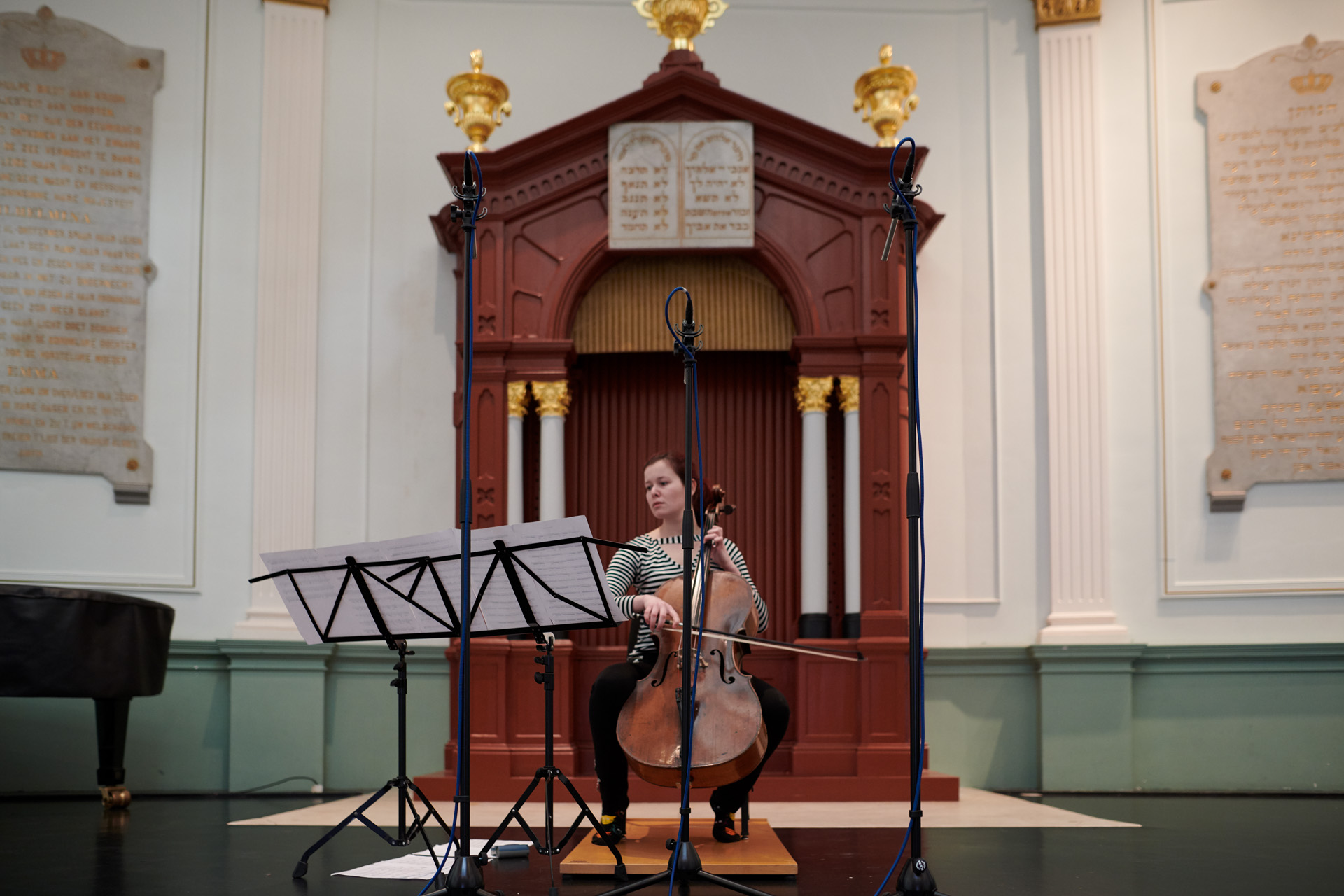 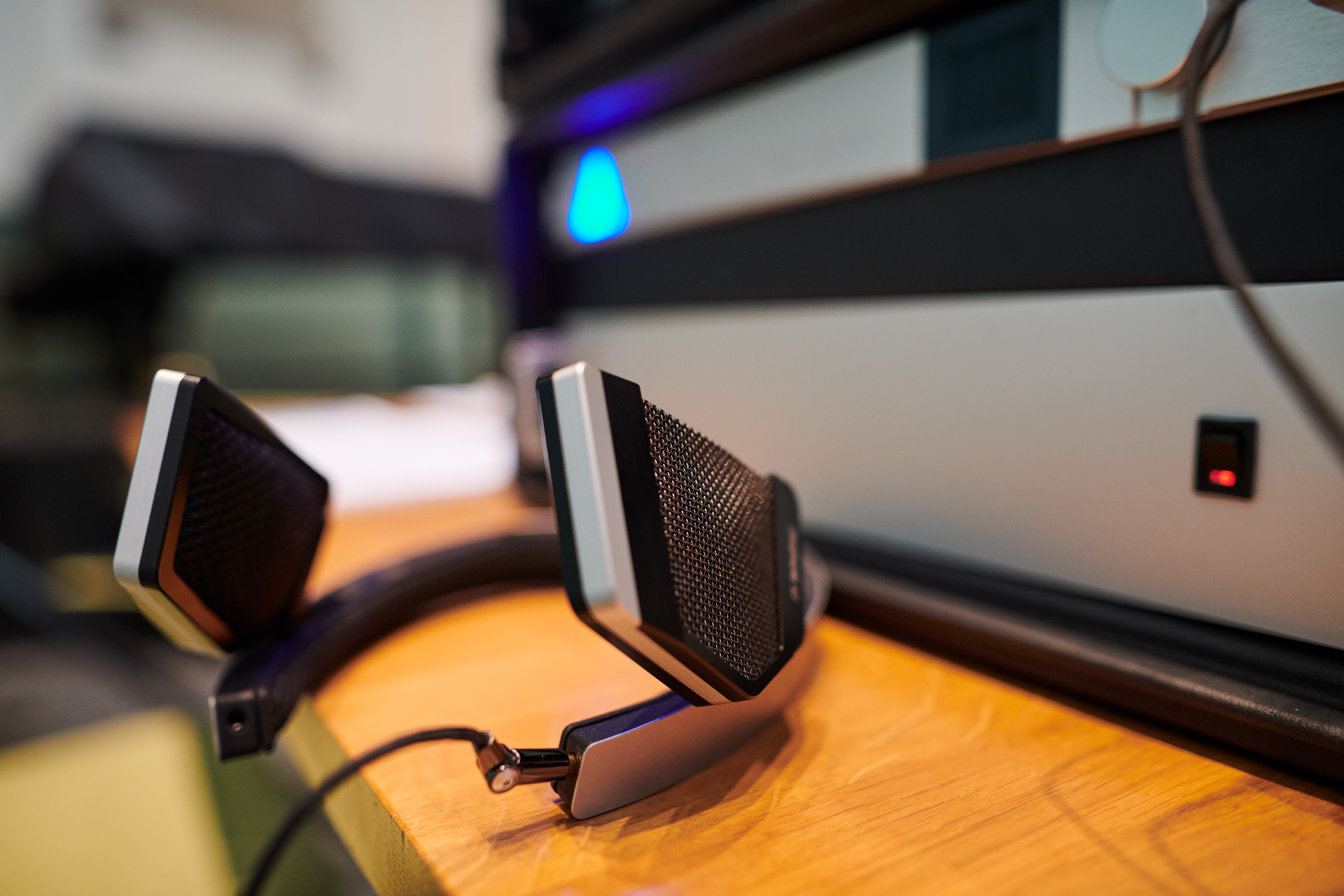 We were given some Mysphere headphones to try out during this session. We were really please with its sound, it has the typical AKG K1000 sound we all know and love. But I couldn’t get over the way it sat on my head. 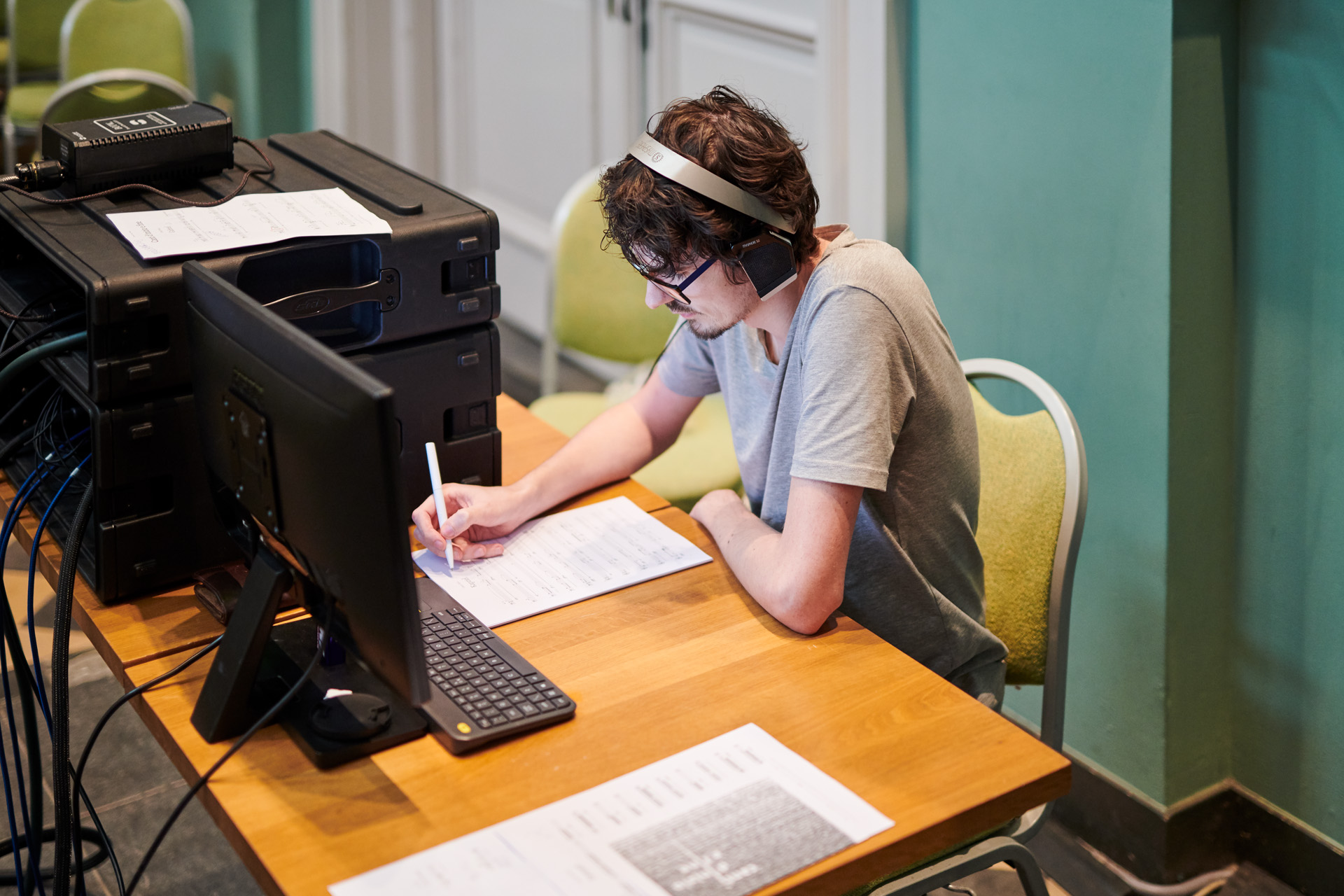 A rare glimpse of the producer (Brendon Heinst) at work.